Entrepreneurship is important for both the country’s GDP as well as job creation. That’s why it’s crucial to promote it and to equip people who want to start a business with the right tools. Ignoring the contributions of women entrepreneurs would be a missed opportunity. According to the Quebec Entrepreneurship Index, Canada is one of the few countries where women entrepreneurs account for more than 30% of all business owners. To help us do even more, our expert is here to share some tools and advice to help women who’d like to start a business.

How would you describe women’s leadership?
Women’s leadership applies to both women entrepreneurs as well as women in management positions within an organization. What do they bring that’s different? “Most notably, women set themselves apart in the way they inspire people and in their participatory approach to decision-making. They also excel in their ability to define expectations and give recognition to others,” explains Isabelle Savard, Vice President, Commercial Strategy and Sales Effectiveness at National Bank.

“We’ve also seen that women, same as men, are very skilled at fostering development. It comes quite naturally to them, and they’re often excellent role models. This management style usually has a positive impact on the next generation of workers entering the job market.”

What about women entrepreneurs?
Why should a woman start a business? “First and foremost because she has a good idea!” Savard says without hesitation. “But also because it will give her a certain amount of control over her life; it provides her with greater flexibility and independence.”

According to the Quebec Entrepreneurship Index’s 2019 report, more and more women are in fact attracted to entrepreneurship due to the flexibility afforded by the work and the opportunity to set their own schedules.

What challenges do businesswomen face?
One of the challenges that women business leaders have to deal with is work-family balance. “Without making any generalizations, the challenge is that women still have a fairly traditional role in the household, either by choice or for other reasons. They take more responsibility for family activities, and it isn’t always easy to balance family life with work life,” adds Savard.

Another challenge that women have to confront is the fact that the businesses they run are usually smaller; they often work alone and therefore may be inclined to take on all the responsibilities themselves.

With that much on their plate both at work and at home, how can they see to their business’s development and growth? “It’s a concern for any business, but the difficulty for women is that they have less time, the business community is traditionally mostly men, and their network of women contacts isn’t as expansive. That’s why they must take the time to find support, find resources, dare to innovate, and dare to go digital in order to push their company forward.”

How can a businesswoman overcome these challenges?

Finding the right support is key
The first piece of advice that Savard shares with anyone who wants to start a business is to spend some time networking. “For women, having a strong network is crucial to the success of their business and even their career. Asking for help is something that women do more spontaneously; they just have to do it more often. They need to ask for support and take advantage of existing resources, like finding mentorship.”

Building a network also means talking to other entrepreneurs, sharing ideas, and helping one another. “When you’re entrenched in the industry and talking to like-minded people, that’s an indicator of success. If you’re isolated, your chances of success will be smaller,” the expert continues.

There are also many resources such as Femessor, an organization that specializes in the development of women’s entrepreneurship and offers financing and support to businesswomen. There’s also Réseau M, which offers mentorship to business owners of all kinds. Both levels of government can also offer financial aid to women entrepreneurs.

Dare to start a business
According to the Quebec Entrepreneurial Index, there are almost more young women than young men who want to start a business. “However, men do it faster, often within two years, while for women it’s closer to four years.”

Are women more afraid of starting a business? “I think there aren’t enough role models. Currently, what we see are many women at the head of major organizations, which is great. However, we also need to see women in other relatable contexts. How do we showcase women running small businesses? That’s one of the challenges for businesses like National Bank.”

Savard believes that a person’s risk appetite depends on the models of success in their environment as well as their confidence, which is why it’s important to have good role models. She also encourages businesswomen to be daring, to dive in, and to talk about their project. Moreover, she recommends taking the time to make a business plan in order to make the right decisions and see if the idea works.

“We also see that more women use their personal savings to start a business instead of borrowing money. But they shouldn’t be reluctant to get financing.” Generally speaking, women start their businesses with less money than men; their budget totals $20,000 versus $50,000 for men, and they tend to apply for financing later. “Financing can give you a major boost, particularly by helping you invest in an online presence and in digital marketing as an initial foray into the marketplace,” Savard continues.

For some businesswomen, success may take a while; the important thing is to not give up after a setback, and to not be hesitant to start a business. “Starting a business isn’t always easy. Just because the first thing you tried didn’t work doesn’t mean you don’t have the right idea or the right profile,” Savard explains. The business itself does not define the businesswoman. One good example is serial entrepreneurs, who launch various different businesses, one after the other.

There are many tools and opportunities offered to businesswomen and women in leadership positions to help them face the challenges of women’s leadership and shine.

Great blog. All posts have something to learn. Your work is very good and I appreciate you and hoping for some more informative posts. keep writing. 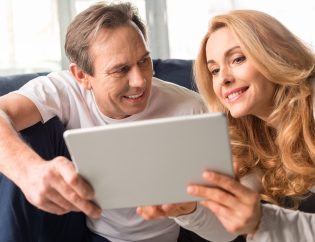 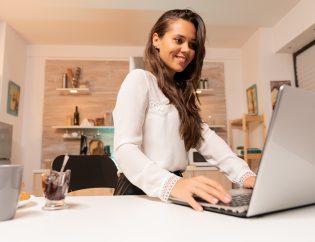 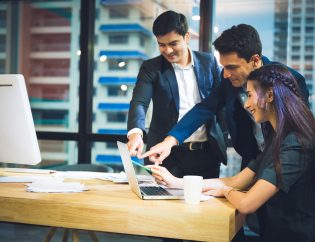 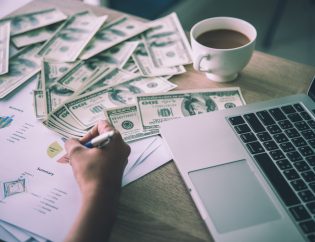 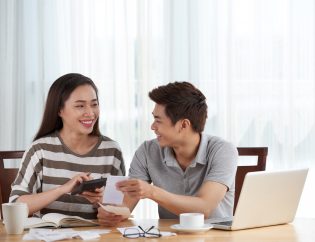 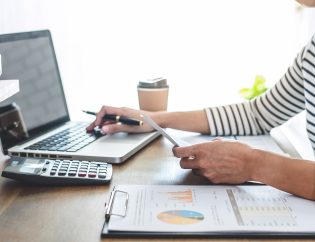 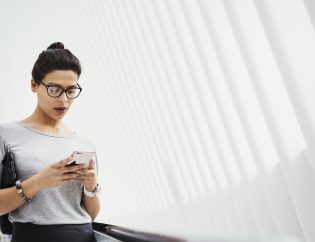